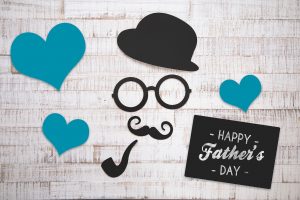 Happy Father’s Day to every dad everywhere! Ever wonder where this holiday got its start or how it turned out to be a regular annual celebration of fatherhood? This is all you need to know about Father’s Day!

When is Father’s Day?

It is observed every third Sunday in June. It is a holiday recognised in both the US and the UK. Usually, a Father’s Day celebration involves taking Dad out somewhere special, giving him gifts and cards or just letting him relax and enjoy a barbecued meal with his family. At school, young children are encouraged to draw pictures, make their own greeting cards or draw pictures for their Dads for this important holiday.

Society has evolved and now, more people are looking at including stepfathers in a Father’s Day celebration. An actual call has been made for a real Stepfather’s Day, but no holiday has been officially introduced.

Why do people honour and recognise a Father’s Day?

Mostly because of Mother’s Day which began in the US in 1908. This was a holiday that was lobbied by social activist, Anna Jarvis. She worked to convince the government to honour mothers officially after her own mother’s passing in 1905. At first, Congress rejected the idea. But, three years after the idea was introduced to them by Jarvis, families were celebrating it on their own. Mother’s Day became official and that led to someone getting an idea for a Father’s Day.

That someone was Grace Golden Clayton from Fairmont, West Virginia. She started the first annual Father’s Day on July 5, 1908. She told her pastor it was just as important to honour fathers as it was mothers, especially considering things like the Monongah Mining Disaster of December 1907. Over 360 men perished and about 210 of them were fathers, leaving their children behind to grieve. Grace wanted a way for them to remember their fathers in some way.

Grace’s father who was a Methodist minister had passed away in 1896 so she thought it suitable to make Father’s Day a holiday nearest his birthday. That happened to be the Sunday of July 8. It was overshadowed that first year by Independence Day, July 4.

Still, the idea caught on. A sermon was given in 1909 about Mother’s Day and one Washington lady, Sonora Smart Dodd, told her pastor fathers should be honoured just like mothers – with a special holiday.

Dodd was one of six kids raised by a Civil War vet and a single parent by the name of William Jackson Smart. He had the task of raising his kids alone after Dodd’s mother died in childbirth.

The first official day was celebrated in a Spokane YMCA in 1910. Shortly thereafter, more American towns followed suit. Support started growing and, by 1924, President Calvin Coolidge officially made the day a real holiday for state governments to encourage states to celebrate. By 1966, President Johnson made it official by giving it its date of the third Sunday in June, but it was not a National Holiday until Nixon made it so. The UK shares in its participation, but the holiday is not official.

It took work to get it to holiday status. Senator Margaret Chase Smith wrote to Congress that people need to honour both mothers and fathers. If both could not be honoured, neither should be honoured with a holiday. She went on to say that to single out one parent of the two and omit one was a “grievous insult.”

While the UK is not official regarding the holiday, it adopted the celebration after WWII. Grace Golden Clayton wanted it to recognise fathers lost in a mining tragedy, but now it is in remembrance of all the good fathers who work hard at a thing called fatherhood every day. Some fathers even celebrate by getting silver baby gifts for their little ones, allowing everyone to join in on the fun.