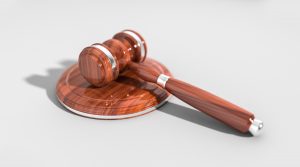 In what has been dubbed as a momentous and era-breaking change, the European Parliament decided it was time to invoke new copyright legislation on Monday. The previous change was dubbed as the General Data Protection Regulation (GDPR) but this has had a much larger impact in terms of change.

Over the years, two clauses have grabbed the headlines (articles 11 and 13) because of their phrasing and logistics. Numerous controversial opinions have made their way out into the public stemming from a desire to sway the regulatory changes. These opinions have come from the likes of online activists, corporate lobbyists and even freedom of expression groups.

Yes, the average person will still be able to upload their content online without hindrance. However, the larger tech companies (i.e. Google) will become rigorous with their vetting during the upload process. This may mean content getting deleted within minutes. It may also mean it would be wise to hire an assurance company to ensure that you’re compliant, for example Trident Assurance Services.

Most companies already have pre-established regulations with regards to copyright including Facebook and Google (Youtube). Companies such as Google will go through and compare their database of files with everyone on the platform before determine what’s legitimate and what’s not. This is seen in action on Youtube where the original creator is able to look through the work and determine whether it should be blocked or monetised on their behalf. When it comes to the new copyright law, these companies will have more on the line with regards to their liability with such uploads. As a result, they will go harder on automated scans to check for legitimacy and originality.

Why do big tech companies hate this move?

Companies don’t think this is possible to monitor and feel it is unrealistic as an expectation. While the law sounds fine in writing, it is near impossible to implement based on their existing setup. As a result, companies are starting to warn their customers/users by saying that they may not be able to use the platform because of the law.

Is there anyone else against the change?

Indeed, it is not just the big tech giants that don’t like this. Numerous freedom of expression groups believe this is the type of restriction that gets in the way of the Internet and your ability to stay free. In their eyes, the current systems may resort to simply censoring information without taking the time to put together proper vetting solutions. This will restrict what a person is able to do online. Even something as straightforward as a quote may get copyrighted.

However, others aren’t as sure and believe this is going to help the same companies that are complaining right now. This has to do with their ability to comply with the new copyright law. Since they will be the only ones who can adapt, they will blow away the rest of the market that can’t keep up.

What will this do to online news?

Article 13 is a major point of contention, but what about article 11? With article 11, the emphasis is on news articles and how information is spread.

News organisations have been dealing with having funding issues and believe this will become easier with the new changes. In the past, tech companies would spread news using their platforms and take away a bigger piece of the pie. This isn’t possible with the new regulation involving “information sector service providers” where everything has to be shown in small snippets.

What will happen to memes?

Some believe this will act as a meme ban. This has to do with how the law is worded as anything from a TV/movie scene falls under this regulation. While some changes were made to the law on this behalf, tech giants still believe it will be near impossible to uphold with any consistency.

When is it starting?

This will take approximately two years to inaugurate once it has gone through the European Council (May-June 2019). The UK leaving the EU shouldn’t have an impact on this according to experts.