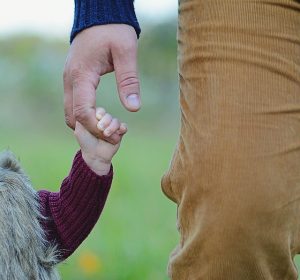 People around the world celebrate Father’s Day; in the UK we may spend quality time playing around a foosball table or enjoying a day out. However, many do not realise how the day came into existence, why it was created or when Father’s Day was first celebrated. Continue reading to learn more about the special day set aside to honour fathers around the world.

When is Father’s Day?

On Father’s Day, children around the world celebrate their dads with cards and gifts. Many families celebrate the day by creating their father’s favourite meal. Young children often make handmade gifts, including cards, paintings, and drawings. These gifts are often made in extracurricular clubs and at school.

Over the years family structures have changed. Nowadays, stepfathers are also celebrated on Father’s Day. Although no official stepfather’s day has been created, many people state that a stepfather’s day is necessary as more and more homes are now blended.

Why is Father’s Day celebrated?

Father’s Day was first created in the United States and followed the induction and celebration of Mother’s Day in 1908.

Anna Jarvis, an American social activist, lobbied the US government for a special day to be set aside to honour mothers after her own mother’s death in 1905. At the time, the US Congress rejected her request to create a national holiday to celebrate mothers in 1908. By 1911, people across the country began celebrating mothers on a specific Sunday in May – except in the United Kingdom, when we celebrate Mother’s Day in March.

Grace Golden Clayton, located in West Virginia, was the woman who suggested honouring fathers on a special day. Grace spoke with her pastor and requested a day be set aside to honour fathers. This request was spurred on by Anna Jarvis’s request for a day to be set up to honour mothers and the Monogah Mining Disaster that took place in December 1907. This mining disaster killed 360 men, including 210 fathers. Grace argued that children from the mining disaster needed a time where they could honour and remember their fathers.

The next year, Sonora Smart Dodd, from Washington, heard a sermon about Mother’s Day. Sonora spoke with her pastor in 1909 and stated that fathers should be honoured the way mothers were being honoured on Mother’s Day.

Dodd’s father, William Jackson Smart, was a Civil War veteran who was a single father of six children. Dodd’s mother, Ellen Victoria Cheek Smart, had passed away during childbirth, leaving William the task of raising six children on his own.

The first Father’s Day celebration was held in 1910 at the YMCA in Spokane, Washington. Towns across the USA soon began to follow suit, and support for Father’s Day began to increase. President Calvin Coolidge requested state governments to embrace the celebration in 1924.

Father’s Day did not become an official holiday until 1966 when President Lyndon Johnson declared a proclamation stating that fathers would be honoured on the 3rd Sunday in June. Father’s Day was not established as a national day to honour fathers until President Richard Nixon signed it into law. In the United Kingdom, Father’s Day is not a national holiday.

This move to create a national holiday honouring fathers came following a campaign by several public figures, including Senator Margaret Chase Smith. Senator Smith wrote to Congress in 1957 stating that Americans should either honour both parents or stop honouring one (Mother’s Day). To single out one parent and omit the other parent was seen as a grievous insult.

The United Kingdom is believed to have adopted Father’s Day after World War II. Although Grace Golden Clayton began the push to a day to honour those fathers who had lost their lives in a mining accident, Father’s Day has become a day to celebrate fathers worldwide.